Immigration policy is the subject of this McCuistion Program episode. Joining host, Dennis McCuistion, to continue the Immigration question on part two of our three part series are guests: 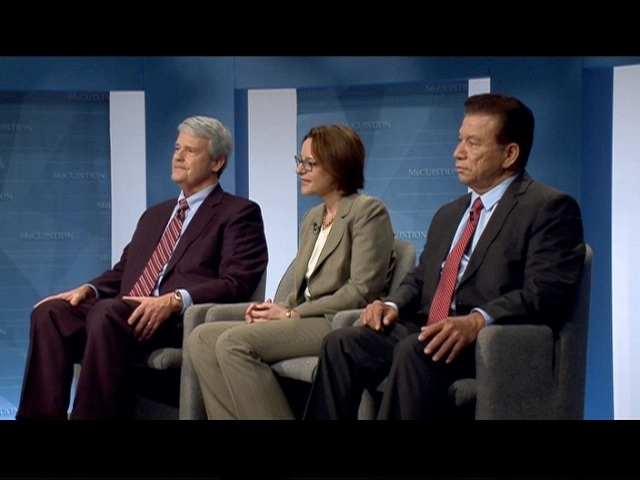 Immigration is part of the founding myth of the United States which has gone through several immigration waves in its short history. Its first; the founding colonial wave, which was largely English. Since, we’ve had the primarily German/Irish wave of 1820-1870 with German immigration the largest to date, comprising 15% of all our immigration. The third wave took place from the 19th century to World War I. Today we’re in our fourth wave.

Immigration policy has become ever more complex; as a human rights issue, jobs and economic issue, welfare issue, a cultural and a national security issue. Despite the succession of laws it still remains problematic. A 1986 law gave 3 million undocumented aliens some legalized status and had provisions to fine employers who abused the system by employing undocumented aliens.

A 1990 law expanded the number of family based visas that were being issued and resulted in the highest rate of immigrants in decades- 10-11 million people. Another law in 1996 added reinforcement provisions, more benefits were granted; even more enforcement to authorities and considerably more resources along our borders. Still illegal immigration continues; the complexity increases and our policies are still deficient.

When speaking of immigration policy, our experts challenge us to  remember why so many people immigrate to the United States, in spite of the obstacles put in their way. The answer is partly opportunity – and economic and other freedoms.  Research shows that it’s high skilled immigration which has the highest payoff for our economy. Still, as always there’s demand and supply so programs that work need to be in place to bring both the highly skilled and not so skilled into the United States, albeit  legally.

Is there one solution to our immigration policy dilemma? Secure borders, enforce the law, strong interior enforcement? The U.S. needs more comprehensive laws and  better enforcement. President Obama’s executive order helps families and offers employer reforms but is that enough to resolve the growing issue?

It’s a lively discussion on immigration policy and we go back several years with excerpts from previous programs on immigration, which include comments from: Jacob G. Hornberger, founder and president of the Future of Freedom Foundation, James F. Hollifield, PhD, Professor of Political Science and Director of the Tower Center of Political Studies at SMU and “Tom” Tancredo, former congressman, Colorado, (R).

Thanks for joining us in our 25th year of talking about things that matter with people who really care.