In 2014, Mayor Mike Rawlings created the Task Force on Poverty to find out why Dallas has the highest rate of poverty in Texas and the second worst in cities larger than one million people and over. 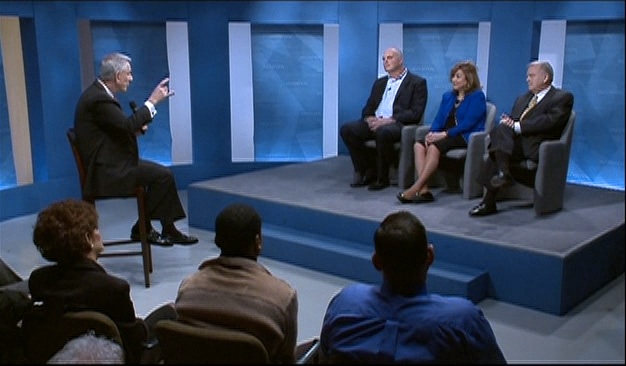 Poverty is defined as a family of four making less than $12,000 a year. In Dallas, poverty has increased by 42% in the last 15 years. And more than 27,300 Dallas residents with full-time jobs live in poverty; 38 percent of Dallas children live in poverty.

In Dallas on any given day 4,000 people are living in a state of homelessness; 3,700 of them children. Almost 1 in 3 Hispanics and Afro- Americans live below the poverty line along with 153,000 Latinos and 94,7222 Afro-Americans. 90% of the children in the Dallas Independent School District qualify for free or reduced lunches and meals.

Joining Host Dennis McCuistion to talk about this huge challenge are:

The challenges are many and diverse, from low levels of education, literacy issues, limited English levels, access to good transportation at a reasonable cost, single women heads of households and generational poverty among other factors.

As Ms. Montoya says, “It’s not one little piece that has created poverty… It’s not one area. It’s so many factors.”

The fact remains that poverty is a challenge which needs to be understood and resolved.
Join us to talk about the issue and potential solutions.

Tune in as we talk about things that matter… with people who care. And please don’t forget that for the last 27 years it is you, our viewer, who keeps us on the air.