Paul David Miller, PhD. (University of Texas at Austin, Research Fellow with the Ethics and Religious Liberty Commission) said, “Self-government is at root a culture of public responsibility among a citizenry, that is, a widely accepted norm that citizens can and should take a role in public decision making. People must believe that they have the right, duty, and ability to govern themselves.”

Joining host, Dennis McCuistion, to discuss what has become an issue in a democratic society where few people vote, are key experts in the field of self-governance: 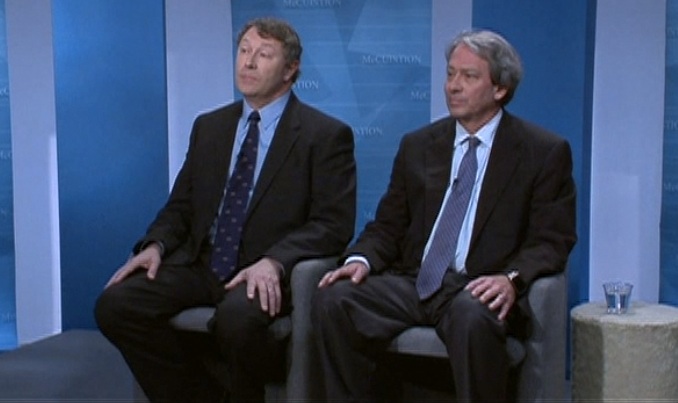 We ask: Can we be a self-governing nation when so many people are ignorant about civic issues? Are Americans too overwhelmed, throwing their hands up and thinking their voice does not matter?

Our founders attempted to lay out a path that allowed us as American citizens to set our own policy without oversight from an external authority and that we would be free from outside controls except those we could influence. Yet, has government and our election process become such that this is no longer possible?

They were concerned that a 51% “majority” would force the 49% into accepting its mandates, and decisions. They asked that as a society we understand that we are responsible for what occurs in government through the people we elect, and that we respect that only a responsible, educated , virtuous people can self-govern. We need to ask, are we good enough for a democracy that is personal self-governance?

An individual citizen then must be active, have an informed perspective, and self-organize for various purposes. If we as citizens are not, then voting is essentially a lottery and a spinning of the roulette wheel. People may complain about their elected officials, yet we have elected them and if we’ve done a poor job doing so then we should not expect good government or good governance.
Yet while many Americans feel the government is dysfunctional and not responsive to the people themselves, the system still works. People can change government policy if they so wish. The key is being informed and responsible.

Join us as we talk about things that matter… with people who care. And please don’t forget that for the last 27 years it is you, our viewer, who keeps us on the air.