It is fast becoming a national epidemic. According to the  UN International Narcotics Control Board, Americans consume more opioids than any other country. 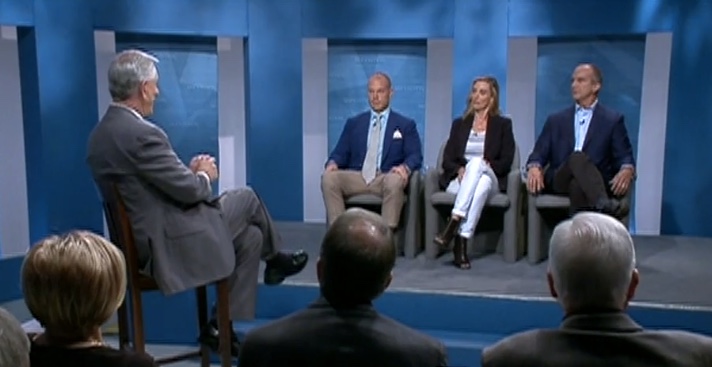 Opioid addiction killed an estimated 60,000 people in 2016, more than were killed in accidents or homicides in that same year. In 2002 deaths were estimated at 25,000. To date 2 million Americans are estimated to be addicted to opioids with 95 million Americans on pain prescription medication for acute and chronic pain.

The Centers for Disease Control and Prevention estimates that the total “economic burden” of prescription opioid misuse alone in the United States is $78.5 billion a year, including the costs of healthcare, lost productivity, addiction treatment, and criminal justice involvement.

Joining host, Dennis McCuistion, to talk about this issue are:

How have so many Americans become addicted to Opioids? Over the last couple of decades the health care system, bolstered by pharmaceutical companies, has flooded the U.S. with pain killers. Big Pharma  reassured the medical community that patients would not become addicted to prescription opioid pain relievers, and healthcare providers began to prescribe them at greater rates. Patients may get a prescription for pills they do not need in quantities that outlast the need itself.
Opioid users tend to mix the drugs with other substances, alcohol and cocaine which increase the risk of an overdose. According to the surgeon general’s 2016 report on addiction, only 10 percent of people suffering from a drug use disorder get specialty treatment. The report attributed the low rate to shortages in the supply of care, with some areas of the country lacking affordable options for treatment – which can lead to waiting periods of weeks or even months just to get help.
Ms. Fitzgerald and Dr. Gilliland tell us addicted patients need help, either through interventions and detox, yet insurance companies are not doing what they need to be doing to fund addiction care. The issues that start the addiction require time to resolve and funding is often available only short term.
The opioid epidemic is crippling communities across the United States, has spurred a public health crisis, and could kill as many as 650,000 people in the next decade. (Reference: vox.com).
Opioid abuse is also hurting America’s job market “The opioid epidemic is intertwined with the story of declining prime-age participation, especially for men,” says Goldman Sachs economist David Mericle. The crisis has created “significant costs both to employers and the public sector. Use of opioids has become a key factor in why “prime age” workers, mostly men, are unable or unwilling to find work according to the Goldman Sachs (GS) report.
Are there solutions? Dr. Price used to believe that people who abused opioids suffered from a failure of will. But after a freak spinal cord injury in 2006, his views changed. Opioid abuse “comes out of a desire that people have to make pain go away,” he said. “And anybody that’s ever had pain for any period of time knows what that feels like. You want it to go away.”
Dr. Price researches chronic pain and helped start a local company, CerSci Therapeutics, headquartered at UT-Dallas’ Institute for Innovation and Entrepreneurship that aims to develop drugs to alleviate pain without the addictive properties of opioids.
Once again we are honored to be underwritten by The Hatton W. Sumner’s Foundation, Inc. The McCuistion Program, a 501 ( C ) ( 3 ) tax exempt organization does not receive any KERA pledge dollars, PBS funds or government grants. The funding which has kept us on the air for 28 years comes from grantors and viewers just like you. So thank you for your continued support.
Be sure to watch more McCuistion TV programs on our website www.McCuistionTV.com.
We appreciate you,
Niki McCuistion, CSP
Co-founder/ Executive Producer
Certified Speaker, Coach, Consultant
Transforming Corporate Culture…
Aligning Purpose, Performance and People
nikin@nikimccuistion.com
214 750-5157
www.nikimccuistion.com | www.womenwealthandgiving.com
| www.therootsofwar.com | www.mccuistiontv.com
Many thanks for your continued support!

Be sure to watch more McCuistion TV programs on our website www.McCuistionTV.com.