The National Security Act of 1947 mandated a major reorganization of the foreign policy and military establishments of the U.S. Government. The act created many of the institutions that Presidents found useful when formulating and implementing foreign policy, including the National Security Council (NSC). However, did these forces, meant to protect our country, go too far? 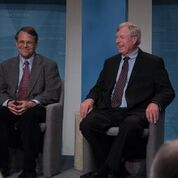 Did it eventually lead to a regime change that triggered the
assassination of John F. Kennedy on November 22, 1963? Some researchers claim that the President’s position of hands off on Cuba, his desire for worldwide peace, and his leaning toward working with Russia led to his assassination.

President Kennedy was intent on eliminating the CIA; the Allan Dulles situation, particularly concerning the involvement by the CIA in the failed Bay of Pigs invasion of 1961 was another point of dissension. President John F. Kennedy held Dulles responsible, and from increasing pressure, Mr. Dulles “resigned” from the CIA. He believed the operation would have been successful if the president had authorized sufficient military support.

In October of 1962 when the military and CIA said we needed to bomb Cuba claiming Cuba was a communist danger to the U.S., JFK was adamantly against this. The FBI and the CIA labeled him a “failed president” after his speech at the American University June 10, 1963, which may well have opened the door to regime change. A speech, which by the way, President Krushev broadcast all over the USSR.

President Kennedy’s words, certain to trigger outrage with the FBI and CIA, called for peace, “in short, both the United States and its allies, and the Soviet Union and its allies, have a mutually deep interest in a just and genuine peace and in halting the arms race. Agreements to this end are in the interests of the Soviet Union as well as ours–and even the most hostile nations can be relied upon to accept and keep those treaty obligations, and only those treaty obligations, which are in their own interest.”

Join us to talk about the state which still exists, why it does, and what is being done about it. Our experts, have debunked conspiracy theories; however, there appears to be evidence that the CIA was linked to the assassination and that both the FBI and CIA lied to the Warren Commission even to hiding evidence.