Threats on President Trump’s life and the shooting of Republicans as they practiced softball are followed by the Florida bomber’s hate-fueled mail bombing campaign targeting CNN and anti-Trump political figures, including two former presidents.

The very recent Tree of Life Synagogue in Pittsburgh was witness to the deadliest attack on Jews in U.S.History; mass shootings are an ongoing fact.

Joining host Dennis McCuistion is Robert E. Hall, author of This Land of Strangers. His recent article in the Huffington Post, The New Religion (www.robertehall.com) prompted me to invite him to be our guest to talk about his premise, Destructive Escalation. 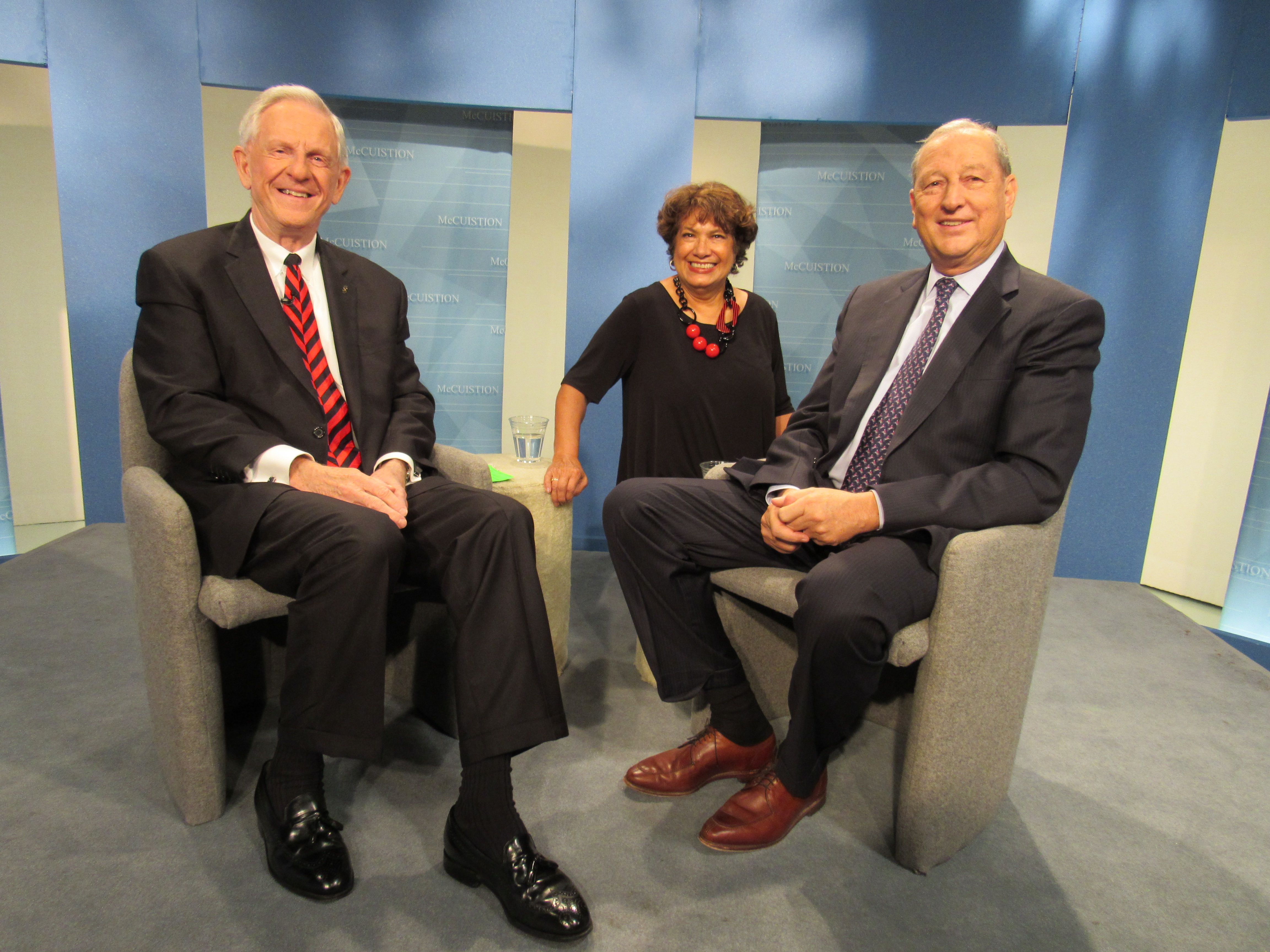 Violation is unfortunately the end stage of what used to be somewhat more civil types of disagreement.

First, the final step in the five-step process of destructive escalation is violation that comes from de-humanizing the ‘other.’ We now see that on a massive scale in all facets of society – that literally leads to murder. Second, my essay, ‘The Rise of the Mad-and-Blame Industrial Complex,’ describes how – intended or not – the five pillars of politics, media, tech/social media, business and even faith are incentivized and too often sources of division. As I conclude, we as citizens, consumers, and congregants must stop supporting those who produce division.

The phases of destructive escalation are as follows:

1. Retaliate: Escalation begins when one party believes the other party has deliberately provoked them. They then retaliate, setting off an ever-increasing cycle of blame and aggression.

2. Stereotype: Each side begins to stereotype the other side as all the same – bad. Whether the sides are divided by race, region, ideology, theology, gender – indiscriminate discrimination rules.

3. Disassociate: Each side then cuts off communication with its adversaries and associates only with their own, leading to increased misunderstanding and distrust.

4. Polarize: Within the group, members become more homogeneous as moderate voices are silenced, punished and often expelled. Leaders compete for power by making more vicious claims about the opposition. Media coverage rewards the most extreme voices.

5. Violate: The last stage is escalation to physical or emotional violence as the parties completely de-humanize each other, legitimizing elimination of the “other” – literally or figuratively.

How do we reverse this trend? Join us for some chilling insights.