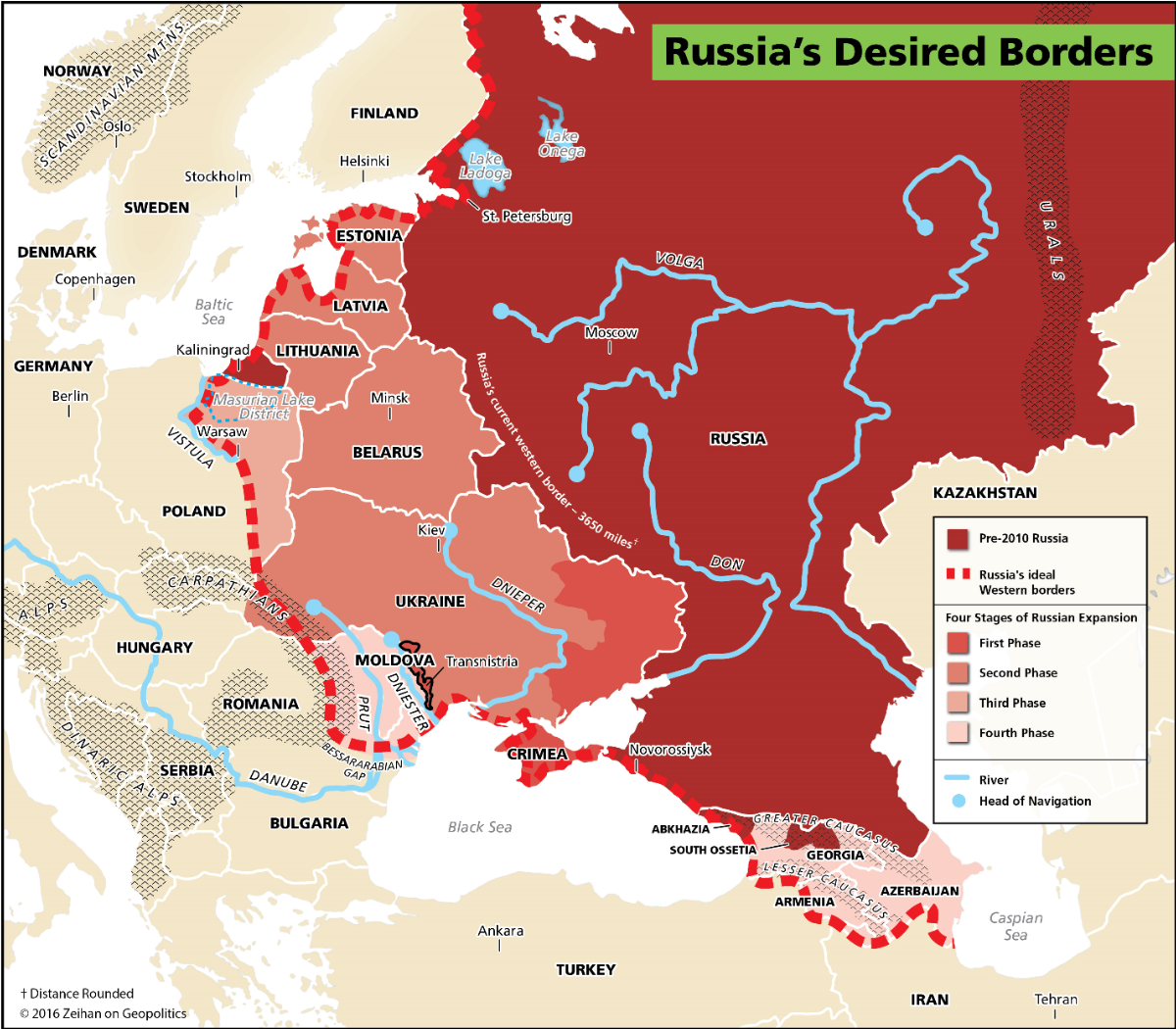 He sent us his input on the situation in Ukraine, which we thought important to share:

For those of you who have read my second book, The Absent Superpower, recent events in Ukraine should not come as a surprise. Chapter 6, The Twilight War, lays out how Russian geography and demographic realities would dictate Russian aggression in its immediate periphery. This is not a justification of Moscow’s aggression against its neighbor, but international watchers should not be feigning surprise. Nor should the current invasion of Ukraine be seen as a result of madness or a personal vendetta of Russian president Vladimir Putin; Russian leaders have viewed control of Ukraine, the Crimean Peninsula and access to the Black Sea as vital to the security of Russia and Russian interests for centuries.

I would not argue that geopolitics is determinative. But geography tells a story. Russia’s wide-open, flat geography has provided little in the way of resistance to would-be invaders as varied as the Mongols and Napoleon, and the horrors of both World Wars still weighs heavily on the minds of Russians and their leaders. Does Putin wish for a return of the “glory” of the Soviet Union? Maybe. I can’t (and don’t want to!) claim any particular insights into the inner workings of his mind. But Putin’s flexing of his military might – in Chechnya and Georgia, and most recently in Ukraine – would not only have been understandable to Catherine the Great and the tsars (not to mention Soviet premiers), but seen as necessary for Russian security.

But unlike his predecessors, Putin’s working with a terminal demography. Russia’s geography certainly hasn’t improved, but in the years since the collapse of the Soviet Union in 1991 a collapsing healthcare sector, skyrocketing alcohol and substance abuse, falling birthrates, declining life expectancies, and the ravages of disease – including tuberculosis and HIV/AIDS – has left Moscow to secure vast territories with a shrunken, and shrinking, military. If Russian geography can help explain the why of recent aggression, Russian demography can help us understand the timing. It’s now or never, and for Russian leaders the latter isn’t an option.

Consider the above map from The Absent Superpower. Pushing into and securing the Caucuses gives Russia a hard, mountainous border to the south of its critical access zones to the Black Sea (and through the Turkish Straits, the Mediterranean). After a couple of largely successful military campaigns in the mid-aughts, plus a friendly Armenia, there is precious little to impede Russia from imposing its will in the region. Russia’s western flank and its broad swathes of flat geography isn’t so easily secured.

The Russian exclave of Kaliningrad and the Russian-backed breakaway region of Transnistria aren’t Russian by accident. They bookend the narrowest part of the European peninsula. Securing them is vital for Russian national security interests, and in Moscow’s view the land bridge between them – better known as the Baltic states of Estonia, Latvia and Lithuania, Poland, Belarus, and Ukraine – exists to either link and secure Russia interests, or to threaten them.

Securing Ukraine is in no way the final step, but rather the necessary launching pad (along with Belarus) to securing the Baltic states and eastern Poland. I might have apologized for seeming alarmist before today’s events, but I think the last several weeks have shown the lack the lack of empathetic understanding on the West’s behalf of Russia and how it perceives its neighborhood and its future. The Russians do not see the Ukraine War as a war of aggression, or Putin’s egoistical quest for Soviet glory. Expect the Russians to fight as if their lives depend on the victory. In their minds, that’s precisely what’s on the line.

*This post was originally published on Zeihan.com. Republished here with permission.